last week we made the 28-hour drive to Austin, Texas, where we are currently staying. One of Yvonne’s brothers and his wife lives here, and her older sister and her family lives in San Antonio, so we have been largely hanging out with them. Austin seems to be a very nice town so far – nice weather, lots to do, and the like.

the drive southwest from Ontario went well, and took 3 days – Callum as very well behaved during the drive which helped considerably. Ohio was, well, Ohio. The first night we stayed in Findlay, Ohio, which is the self-proclaimed Flag City, USA, but I don’t recall actually seeing any flags while we were there. Kentucky in the springtime was almost magical – very beautiful, with the highway flanked by rocky cliffs dotted with purple trees, and fresh spring buds wherever you looked. Tennessee was pretty, too, for similar reasons (minus the purple trees) – the second night we stayed in Jackson, Tennessee at a place called the Old English Inn. Arkansas, on the other hand, was about as boring a drive as you could find – pretty much nothing wherever you looked, though there were Walmarts at almost every exit – no kidding (we even went to one). When we got to northeastern Texas (just past Texarkana), I experienced an amazing vista where you could see for miles around you on either side – that moment in time was pretty much as I might have imagined Texas to appear, a huge vast expanse of “range”. It is hard for me to describe adequately, but it was incredible to see.

Callum and Yvonne are currently staying with Yvonne’s sister and her two children in San Antonio – she has one son almost two years older than Callum, and one son half a year younger, so the three boys have been having a great time playing together. Callum is currently at the stage where he speaks several new words every day – for the past several months the words he has been taught have been lingering in his head, and he’s recently started to put them to good use – it is incredible to hear it. I myself am currently recovering from a procedure that I had on my back this past Monday which I very much hope will solve a lot of the problems that I have been having (I won’t go into too much detail about it, but it’s been a difficult year and a half). While recuperating I have been doing a lot of resting, reading and watching the first and second seasons of Buffy the Vampire Slayer (which my brother-in-law has on DVD), so things could be a lot worse! This evening I even got to see a TV special about the American Mullet. What could be cooler than that? 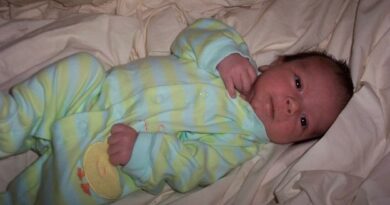 7 thoughts on “deep in the heart”