over the period of several months I have gradually replaced all of the standard incandescent light bulbs in our house with energy efficient Compact Fluorescent Lightbulbs (CFLs). For those of you who do not yet use these bulbs in your homes, I urge you to read the following article and check out what using them instead of incandescent bulbs can do to help save money and preserve the environment:

How Many Lightbulbs Does it Take to Change the World? One. And You’re Looking At It.

there isn’t a whole lot that a single person can do for the environment. But replacing incandescent bulbs with CFLs is one of those rare things. They’re not annoying like the oldschool flicker-on flourescent tubes were, and though they take a little longer than incandescents to warm up, the use of a single CFL can save you $50 over the life of the bulb, according to Project Porchlight. So using them will help your pocketbook as well as your ecosystem.

I don’t normally ask people to post things in their journal or anything like that, and I’m not going to here, but what I do recommend is that if you are one of those people who, like me, are a little late to the CFL ballgame, why not get a CFL for yourself and see if you like it? If not, then fair play to you. If you do like it, spread the word!

here are some quotes pulled directly from the article:

“Swirl bulbs don’t just work, they pay for themselves. They use so little power compared with old reliable bulbs, a $3 swirl pays for itself in lower electric bills in about five months. Screw one in, turn it on, and it’s not just lighting your living room, it’s dropping quarters in your pocket. The advantages pile up in a way to almost make one giddy. Compact fluorescents, even in heavy use, last 5, 7, 10 years. Years. Install one on your 30th birthday; it may be around to help illuminate your 40th.”

“What that means is that if every one of 110 million American households bought just one ice-cream-cone bulb, took it home, and screwed it in the place of an ordinary 60-watt bulb, the energy saved would be enough to power a city of 1.5 million people. One bulb swapped out, enough electricity saved to power all the homes in Delaware and Rhode Island. In terms of oil not burned, or greenhouse gases not exhausted into the atmosphere, one bulb is equivalent to taking 1.3 million cars off the roads.”

“Last year, conversations started in Wal-Mart around the potential of swirls to save customers money on utility bills. “Somebody asked, ‘What difference would it make if we changed the bulbs in the ceiling-fan display to CFLs?'” says Kerby. A typical Wal-Mart has 10 models of ceiling fans on display, each with four bulbs. Forty bulbs per store, 3,230 stores. “Someone went off and did the math,” says Kerby. “They told me we could save $6 million in electric bills by changing the incandescents to CFLs in more than 3,000 Wal-Marts. I couldn’t believe it. I didn’t know I was paying $6 million to light those fixtures. I said, that can’t be right, go back and do the math again.” The numbers came out the same the second time: savings of $6 million a year. “That, for me, was an ‘I got it’ moment.” 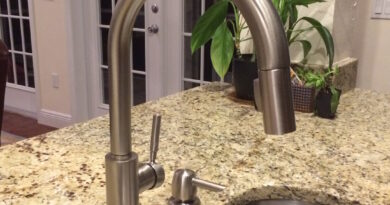