A world in turmoil 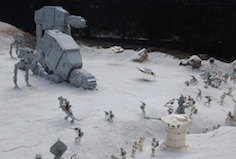 There’s a lot going on in the world today. Syrian refugees, ISIS, illegal immigrants, Donald Trump, Paris shootings, gay and transgender rights, red Starbucks coffee cups… everybody has his or her own opinion about what’s right, what’s wrong, and what should be done about it. My Facebook feed lights up every day with friends and acquaintances sharing strong opinions about their personal beliefs.

With so much at stake, it is no surprise that a lot of what I see in social media and on the news is polarized and aggressive. Opinions are stated as facts. Holds are seldom barred. Opposing views are demonized and ridiculed.

Here’s what I’ve noticed. I’m not the worldliest of people, but I have traveled a good chunk of the world for work and for pleasure, and I have lived in North America, Europe, and Saudi Arabia. I’ve met plenty of people from all walks of life, cultures, religions, sexual orientations, and personal beliefs. And I’ve never met a person or group of people who comes at their beliefs from an evil place. Each person truly believes he or she is, at heart, good, and that his or her beliefs are both correct and relevant to today. 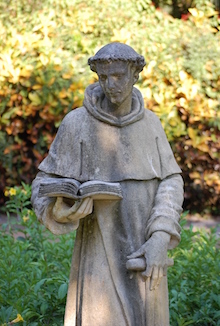 How do we come to our beliefs?

From an irreligious viewpoint, morality is more of a construct of time and culture than something that can be solidified. If you think about it from a truly irreligious viewpoint, there is no good or evil, nor any real purpose for life, the universe, or anything. The concept that we should not kill other human beings, for example, would not be a matter of good or evil, it would be a matter of natural selection putting little voices inside our heads saying “killing other people is bad” because it helped us to survive and reproduce. Meanwhile, from a religious point of view, morality may be codified (through the Bible or the Quran, for example), but even religious morality is hotly debated by different religions and the competing denominations within them.

I’ve noticed that most people come at religion – or anti-religion – from a position of absolute authority. Most of my atheist friends are positive that religion is total bunk and a waste of time, and want to help Christians “see the light”. Christian friends believe that eternal salvation is through the sacrifice of Jesus Christ, and want to help atheist friends “see the light”. You’ll notice that neither of these groups comes at this from an evil space. They’re trying to do the right thing for their fellow human being.

It’s important to remember that we don’t know whether or not God exists. We all have our beliefs and theories, but neither side can prove anything. There is no proof that miracles exist, nor that the events of the Bible are truth rather than the fables they seem. But there is also no proof that an omniscient, sentient being did not create this universe and the science within it (and in fact, for a few interesting arguments that one might have, see Timothy Keller’s Reason for God), nor that the events of the Bible didn’t happen the way they were written.

Morality as a moving target

We all have beliefs. Even the most secular person has beliefs about what is right or wrong, even if that belief is that there is no right or wrong – and most secular people I know have much stronger stances about morality and human rights than that. So how can we tell if our moral stances are the right ones? They certainly feel right to the person fighting for them. This is a difficult question to answer because beliefs are truly a moving target. The rampant racism from several centuries ago seems inhumane and exceedingly wrong to us today, but those people living in that time period did not believe they were coming at racism from a place of evil, they truly believed that certain races were inferior to others, and acted accordingly. In that same way, I believe that one day in the future, human beings will look back at our culture and think we were inhumane and barbaric for killing and eating animals, especially using the methods currently used. I’m not judging anybody for eating animals – it’s today’s cultural norm. But I don’t think it will be the cultural norm of enlightened future generations. Same thing goes for male infant circumcision. In the future, people may look back at such mutilation as a practice performed by primitives. Sorry, guys.

Bringing us to understanding

The point I’d like to conclude with is this. Through all that’s going on, people should try to understand where people with opposing viewpoints are coming from. I’ve illustrated that I believe that most people’s beliefs come from a place of good, even if only according to their own belief systems. And I’ve demonstrated that belief systems are fluid, changing over time, and that there is no way to determine which beliefs are right and which beliefs are wrong. As such, the only way to make decisions in a world full of people with different religions, cultures, and beliefs is to talk about them, to try to find the reasons behind them, and to do our best to appreciate and understand the goodness in the people who have them. 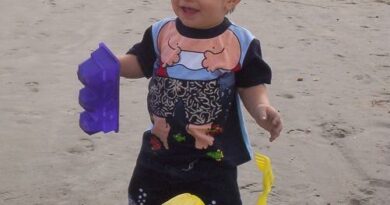 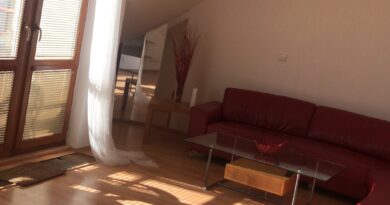 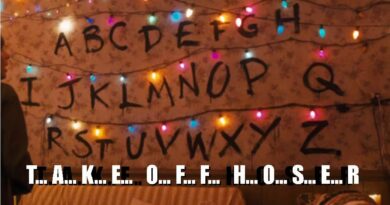