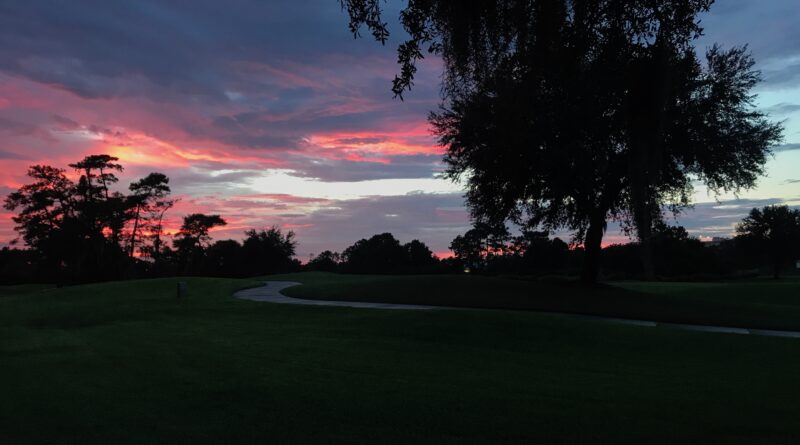 Back in late March of 2018 Yvonne, Amelia and I went to Universal Orlando to spend the day as extras for a TV commercial they were filming. It was quite the experience.

When we got to the casting area we learned that they needed more people to film a different commercial for the then-new Volcano Bay waterpark. So they put us in bathing suits and beach clothes, and off we went to not-yet-open Volcano Bay premises to film it. We spent a lot of time walking from one spot to another… they’d film the actors speaking as we walked by in the background, then cut, and have us scurry back to our original positions to do that same walk across the background again.

What was neat was how they split us up for each scene. For example, at one point I was tasked with walking across a sandy strip of “beach” as a couple with a 21-year-old blonde female. Amelia was given a Japanese mother. Yvonne was given a completely different kid. I don’t know if there was any rhyme or reason to how they did it, but I assume there must have been.

After the beach we headed back to Universal Studios Florida to act as extras for a commercial for the new Fast & Furious – Supercharged ride (which I never did end up riding). This one involved yet more walking around in the background, or standing in fake queues for the not-yet-open ride.

While being an extra was fun, it wasn’t so much fun that I’d want to make a habit of doing it. We were on the premises for a long time, often standing around waiting to be told what to do, only to do that thing over and over and over. What was interesting to me was how many people did this sort of thing a lot, and even more interesting to me were those people who thought they might get some big acting break by working as an extra. Don’t get me wrong, there were a few times where I was right in front of the camera and definitely got some screen time, but I’m not going to try to trick you into believing I was doing much more than walking in front of the camera or occasionally pointing at something or smiling on command. This was not thespianism. Not to mention I don’t think the commercials we were in ever aired? At least, I’ve never seen either of them.

When I got home that evening I sat down and wrote a story loosely based on my experience as an extra, though of course I had to add my own goofy spin to it. Since I’m not planning on publishing it anywhere I’m sharing it here nearly two years later, because I think it’s kinda fun.

Dan’s alarm went off at 6:30 AM. He peeled himself off the bed, plodded to the bathroom, peered in the mirror. His face looked like it had been chewed off by a goat. He ran a comb through what remained of his hair, careful not to rip off any of his scalp.

His wife and son were already in the kitchen. The smell of sizzling bacon mingled with the stench of their rotting corpses. “No time to eat,” he said, grabbing his bus pass from the counter with two of his remaining fingers. “Casting call today. This could be my big break.”

“Oh, honey,” moaned his wife. “I know how badly you want this.” She wrapped her arms around him and gave him an extra-mushy kiss on the lips.

He pulled away—carefully—wiping little bits of his wife from his mouth. “Wish me luck,” he said, patting his son’s grimy head and heading out the door.

His next-door neighbor was out, his healthy pink skin gleaming in the morning sunlight. “Hey, Dan,” he called. “Did you happen to leave a toe on my lawn?”

“I gotta shamble,” said Dan. “Just stick it in the mailbox.”

Dan’s neighbor grimaced, but he gave Dan a friendly wave. “Will do!”

A short bus ride later and Dan was walking up to a broad, nondescript warehouse a few blocks south of downtown. Anticipation festered in his tummy along with the maggots. He’d wanted to be an actor since he still had all his digits. Could today be the day?

A severe woman in square glasses holding a plastic clipboard stood outside the door to the warehouse. She didn’t bother looking at him as he approached. “Name?”

A tooth popped out of his mouth and landed on the clipboard. She sighed and brushed it away with a slender hand.

She scanned the clipboard, nodded once. “Go on in.”

The warehouse swarmed with bodies, many of them undead like himself. In one corner of the room stood several racks of shredded clothes smeared with soil and fake blood. Another corner was cluttered with industrial-sized cameras, gaping round spotlights, and big, fuzzy microphones on booms. What was left of Dan’s nerves buzzed with excitement.

Dan turned toward the voice.

Hugo Fernandez shuffled toward him, leaving little clods of crud in his wake. “I figured you’d be here. Think we’ll get the spotlight this time?”

“Can always hope,” said Dan. He extended his hand to shake Hugo’s. Then he noticed Hugo was missing both his arms.

Hugo glanced down at the stumps where his arms should have been. “Not even sure where they went.”

A tall woman in a one-piece jumpsuit smattered with pockets approached them and flashed a welcoming smile. “Good morning! We’re so happy you’re here. Did you bring a few different clothes with you today? Just in case the director has a different vision for you?”

Dan looked down at his ripped-up suit, the one he’d been wearing when he crawled out of the grave. “Uh… this is all I have.”

She nodded absently. “That’s wonderful. There’s breakfast for you over there if you’re hungry.” She jerked a thumb toward a long plastic table laden with pots of steaming coffee and open boxes of store-bought donuts.

Dan wrinkled what was left of his nose. “Do you have any… meat?”

“Coffee goes right through me.”

“I’ll see what I can do,” she said, with the tone of someone who was not actually going to see what she could do. Her eyes drifted to a spot past his left shoulder. “Oh… I think the director is ready to speak.”

Dan turned as a very short man in a plaid shirt and jeans addressed the group. What he lacked in stature he made up for in charisma; as soon as he started speaking all eyes turned toward him. “Thanks, all of you, for coming. I know it can be a challenge for some of you to make it here.” He eyed Hugo and his distinct lack of arms. “You’ve probably already guessed why we chose you for today’s work, but in case you haven’t, we’re going to be working on a pilot episode for a new zombie show. Our hero is a Korean motorcycle cop and amateur baseball player who suddenly realizes the dead—that’s you—have risen from the grave. He’s going to be running for his life. Your job is to lumber after him and try to catch him and eat him. But, you know… don’t actually eat him.”

Someone behind Dan let out a guttural sigh.

“I think most of you already know the drill. I want to see lots of lurching and moaning. No pulling out your phones or checking your watches. And remember, you’re supposed to be slow and stupid. So no juggling limbs in the background like last time.”

The woman in the jumpsuit tapped the director on the shoulder. He turned to converse quietly with her for a moment. He nodded and turned back to face the crowd.

“There’s been a script change,” he said. “One of you is going to be front and center for the opening scene. And it’s going to be… you.” He pointed straight at Dan.

“In the revised scene, you’re going to catch the motorcycle cop and try to bite him in the neck. But he’s going to fight back, and impale you through the forehead with a crowbar. What do you think? Think you can handle that?”

It was actually happening.

His afterlife-long dream was coming true. He was going to be a star.

He threw his arms up in triumph. “YES!! My kid’s finally gonna see me on TV!”

Hugo nudged him with a stump. “Isn’t your kid missing both his eyes?”