I am thinking that we are at the start of a pivotal time period in the history of religion.

we have reached a point where science can to some extent defy time. For the past 2000 years or so we have been riding on faith when it comes to the Christian Gospels. However, recently we have been able to date historic manuscripts from certain time periods and to some extent verify their authenticity. What with our mastery of DNA growing every year there will come a point somewhere in the near future (perhaps within the next 100 years or so) when we will be able to trace matter from any previously living person.

regardless of what you believe, it is fact that a man named Jesus walked this earth and as a direct result of this man’s life (regardless of whether or not he was truly the son of God or if in fact God exists) came Christianity. As Jesus came to Earth in human form, as we further our skills in the realm of biology we will be able to use our mastery of science to “go back” to Jesus’ time period and trace his steps and to some extent his actions. It stands to reason that if we can find a killer by unearthing traces of matter that he leaves on the crime scene, in the future when we are SO MUCH more technologically advanced we will be able to track a person through his entire lifetime by finding minute biological traces that that person left every single place he went. If Jesus truly rose from the dead and ascended into Heaven, we won’t be able to find him – and if he did not, we’ll find remnants of a corpse (or some sort of evidence that he died).

this of course will either prove Christianity or quash it forever. If it proves Christianity I think that these will be the foretold “end times”. God gave human beings the gift of intelligence to master the “science” that he created. There will come a point when some sort of proof will back up (or destroy) faith. When this happens it will be a monumental event worldwide, and every reasoning human being will have his chance to choose or reject Christ as is foretold in the book of Revelations. If proof comes back that Jesus was simply a man who pulled off a great hoax, died somewhere and is found by our incredible technology, then life moves on, albiet with less meaning than before. But if Jesus was in fact the son of God who at some point in his timeline died, came back to life and then disappeared (rose to Heaven), then we will have our proof.

the hardest part about this whole scenario takes place right now. As science progresses Christianity will become harder and harder to believe until we will reach that point of proof positive or negative. Today, we understand science to such an extent that it is very hard to scientifically believe the miracles that supposedly took place when Jesus lived. It is hard to believe that although human beings are related to all other animals, who (to some extent) think and breathe and display a lot of biological similarities to human beings, that we are somehow so much more than the most evolved of all species on this earth. Of course, we seem to be the only animals who have the concept of “the sin” – and we are the only animals who seem to know what is “right”. And sinners we are – although we all know what is “right” we never, ever live up to that ideal that we set for ourselves. Even non-religious people must admit that. And yet when a dog eats your shoe, he knows he has done something wrong (hiding under the bed when you come home and discover it shredded on the floor) – and yet he did it anyway. Is this not akin to our behavior every day? And yet we are promised a glorious afterlife while our evolutionary ancestors are not. Rationally it doesn’t seem to make sense – or does it?

when I was 10 or 12 I realized that at some point mankind would be wiped out. The reasoning I had was, in an infinite timeline, at some point someone will figure out how to go back in time. Since nobody has ever visited us from the future, that time will never come. But now I think I might have been partially wrong. We can go back in time – not physically, but mentally and scientifically – and by doing so we have come to the conclusion that time had a beginning, and will eventually come back with proof about Christ. But as we do not have a truly infinite timeline, we realize that just as the universe had a beginning, it will similarly come to an end. Is that end time that we will eventually face that which was predicted in the book of Revelations? Will science, the golden child of humankind, soon bring forth proof that will herald the end of the world?

these are the questions I face lately as I research science and religion in search of the truth.

I make the call thusly

who has the most medals per capita? 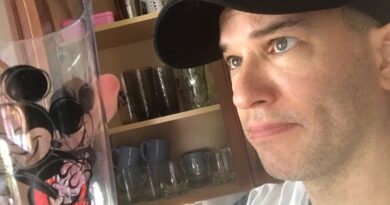 5 thoughts on “it is almost time”