things are going pretty good around here. Yesterday I played golf at the Air Force base with John and a guy he works with named Pete. We had an awesome time. It was a no-stress game of 18 holes, which only cost us $25 each since John and Pete are contractors at the base. The course was awesome for the money and considering the fact that it was located on the Air Force base. You can’t see the base at all – while playing you are surrounded by South Carolina wetlands. The first 9 holes are okay, albiet a bit packed together and laid out like rows of chicken strips, but the back 9 were some awesome holes – long, 360+ yard holes in beautiful surroundings.

baby Callum is doing very well. He’s growing yet again! It seems like every time I look at him he looks just a little bit different. Every day we spend a good amount of time playing. I make noises or faces at him and he does his darndest to mimic the noises or to make the same face. He has also been noticing his toys lately – he swipes at them, grabs them, or tries to stuff them into his mouth. It’s cute to watch. In other news, he’s getting his mother’s big brown eyes (rather than my eyes that look approximately the color of lumpy oatmeal after it’s been left sitting out on the counter for a week and a half).

studying Chinese is also going great. Doing 45 minutes of studying every weekday really hammers the language in there. I have also found that by studying so much language, my brain is open to accepting even more information. I really think language and music are excellent exercise for the brain.

that’s all for now – here’s hoping that whomever is reading this (this means you) is doing well. 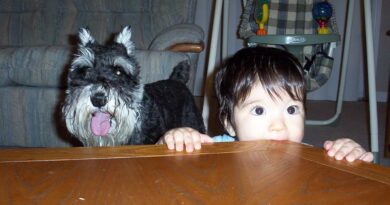 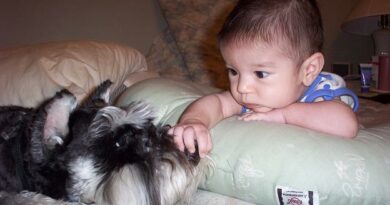