yesterday I left work a bit early to head downtown to the Gaillard Auditorium, where the Charleston Symphony Orchestra was rehearsing for this evening’s performance. A friend of mine, and a fellow Sigma Chi, is one of the directors of the symphony and, knowing my interest in violin, invited me to check out a rehearsal. I found myself a seat in the very middle of the auditorium, somewhat in front of the balcony, sat back, and watched the whole thing. For a while I was the only person in the entire audience, watching the full Symphony play their performance, just for me! Well, mostly for David Stahl, the Music Director and Conductor, who was leading them through the rehearsal, but I was there too. At any rate, it was incredible.

one of the pieces played yesterday afternoon was the Mendelssohn Violin Concerto, with the Charleston Symphony’s Concertmaster, Yuriy Bekker, on lead violin. This guy put on a heck of a performance, with such amazing speed and grace with his violin (a 19th century French instrument by Jean-Baptiste Vuillaume) that any sort of sound I could make come from such an instrument would sound like chickens scratching on a tin fence in comparison. Pretty daunting!

at any rate, it was a great experience to be the only guy in the audience to hear such a masterful piece of work, and not something I’ll soon forget. 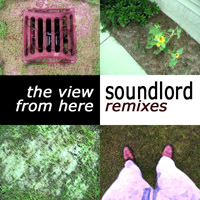