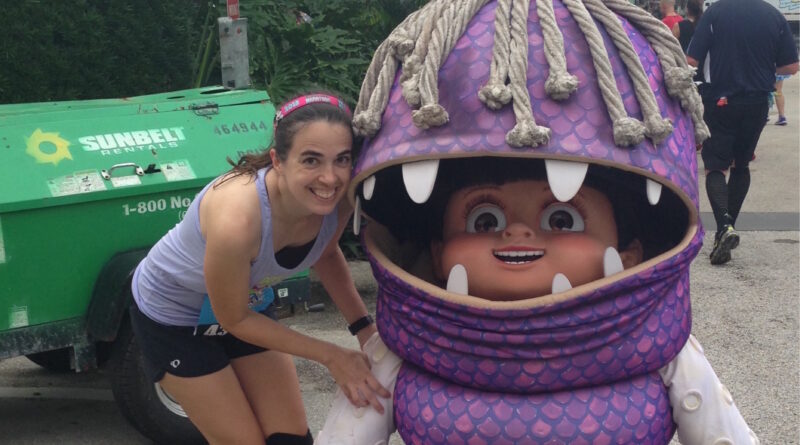 But Yvonne is. She’s been sending me pictures of herself at the race since five o’clock this morning. It has been fun for me and the kids to see her posing with her friends and with the various Disney characters found along the route. Wish I could have been there running with her this year. Maybe next year?

Here’s one of her with some of the cast of Festival of the Lion King: 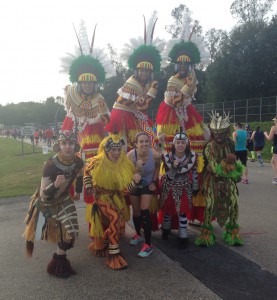 And one with Chip and Dale: 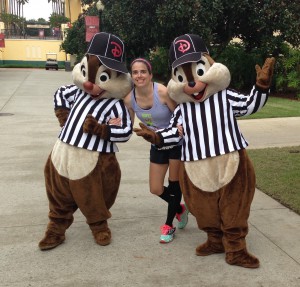 Haven’t seen Boo as a character in the parks before… 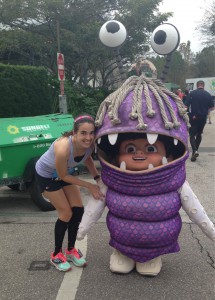 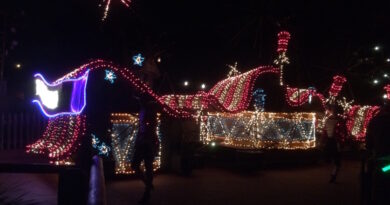 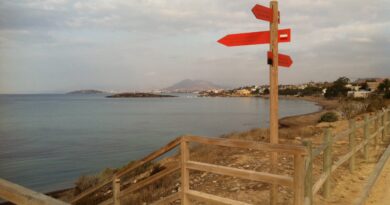 running when you aren’t even being chased 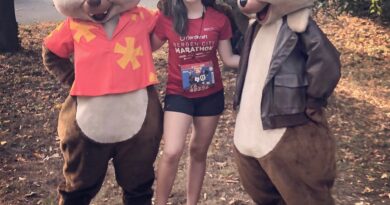