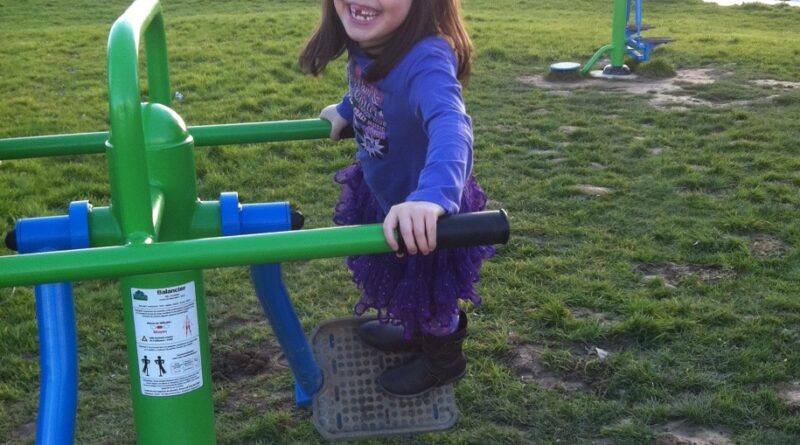 yesterday we went on a walk through the public park in the center of Saint-Hilaire-du-Harcouët. While we were there, Mia asked me to take a few pictures of her using some of the exercise stations situated at a grassy spot beside the lake. The pictures turned out well in that they seem to embody the “spirit of Mia”.

these pictures might also be some of the final examples of one-tooth-missing Mia; her second front tooth is quite loose and on the verge of falling out, and her two adult front teeth are starting to make their move. It’s been several years since Mia has had a single tooth missing after having to have it removed after an unfortunate encounter with the kitchen counter (here is a picture from nearly three years ago from when we were living in Charleston… it’s amazing to see how much she has grown up since then, but the tooth’s still gone). I’m looking forward to seeing what she looks like with two front teeth, because I find it hard to imagine!