my mother, who lives with my dad north of Toronto, has been in Toronto during the past couple of weeks to help her parents. My grandfather (who is 90) had a surgery performed last week at Toronto General.

at any rate apparently my mother was at my grandparents’ apartment in North York (a Toronto suburb). She had just gone down to the basement and had started up three very large loads of laundry. So she got back on the elevator and started her up to the 17th floor. Some people got on at the lobby and got off on the way up. My mother and one other gentleman were the only people left on the elevator when the power went out. The elevator shut down and it was pitch black.

fortunately the apartment building had a generator and a few minutes later the elevator powered back on and started heading upwards. They managed to stop the elevator at the 19th floor and my mother took the stairs back to the 17th. The laundry, of course, stayed wet in the basement for two days until power returned to the city.

apparently only one of the two elevators in the building cranked back up using the building’s generator; the other remained off. What my mother lacked in timing that day she made up for by choosing the right elevator! 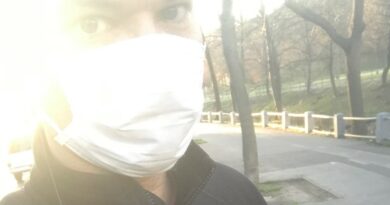 3 thoughts on “my mother’s bad timing”