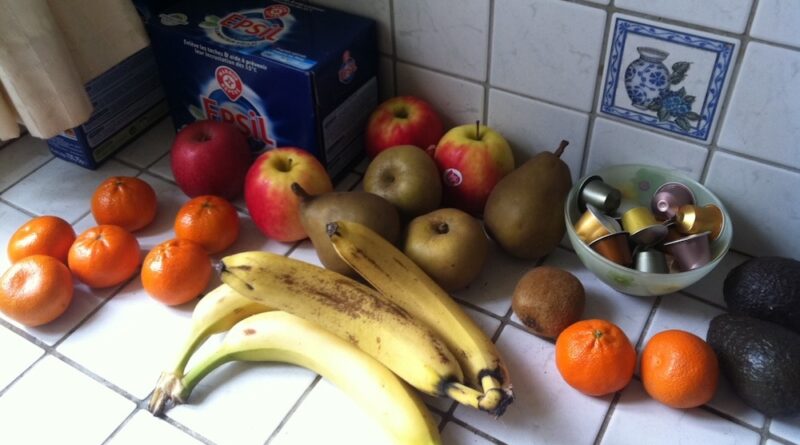 lately, I’ve been getting into the habit of making good habits. And of all the habits that I’ve been making, one of my favorites has been the habit of creating daily (or almost-daily) fruit and vegetable shakes in the blender.

we go through a lot of fruits and vegetables in this household… it seems that every time I hit our local grocery store I’m buying seven or eight varieties of fruits and vegetables. A lot of these get chopped up and mixed into crock pots or baked dinners, but where the fruits are concerned, a majority of them get put into fruit shakes!

in another post I’ll go into detail about some of the beverages that I’ve been making. The secret, I’ve found, is to mix a bunch of good fruits into the mix, a few vegetables (but not too many, as that will overpower the drink), add some frozen raspberries or strawberries (to make the drink more like a frozen smoothie), maybe toss in a small scoop of raw chia seeds, and then sweeten, if necessary, with pure honey. Here in France we get some really good honey made from lavendar which I really enjoy. I highly recommend it!

And now for an interesting aside… the greyish-green apples in the picture above found in between the two pears (you can click on it to make it bigger) are called “Canada Apples”. But they’re not from Canada, and as far as I know I’ve never eaten a Canada Apple (also known as a Reinette, or “Little Queen”) before coming to France. Supposedly these apples originated in England.